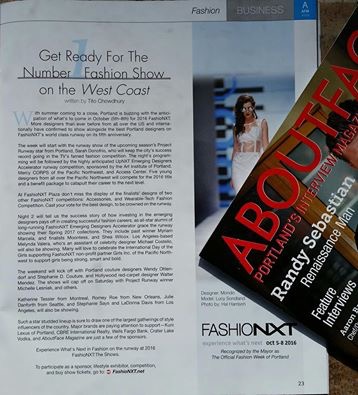 06.10.2016 , Bonnie Knight , Designers, UpNXT 0
Share
The 5 year anniversary of FashioNXT: The Shows (Oct 5-8th) kicks off today with a stellar lineup of some of the most extraordinary designers from the U.S. and internationally, join Portland’s best designers.
Portland’s new project runway star Sarah Donofrio will open the night, followed by Los Angeles designer Ladonna Davis with her line And She Saw Stars.
The most anticipated runway show of the year will feature 5 of Portland and Seattle’s next generation of All Star designers, with the finale of UpNXT Emerging Designers Accelerator Runway Competition.
The night will cap off with a Swanky After Party
Buy tickets here:
www.fashionxt.net/tickets
View the schedule for the rest of the week here:
www.fashionxt.net/schedule