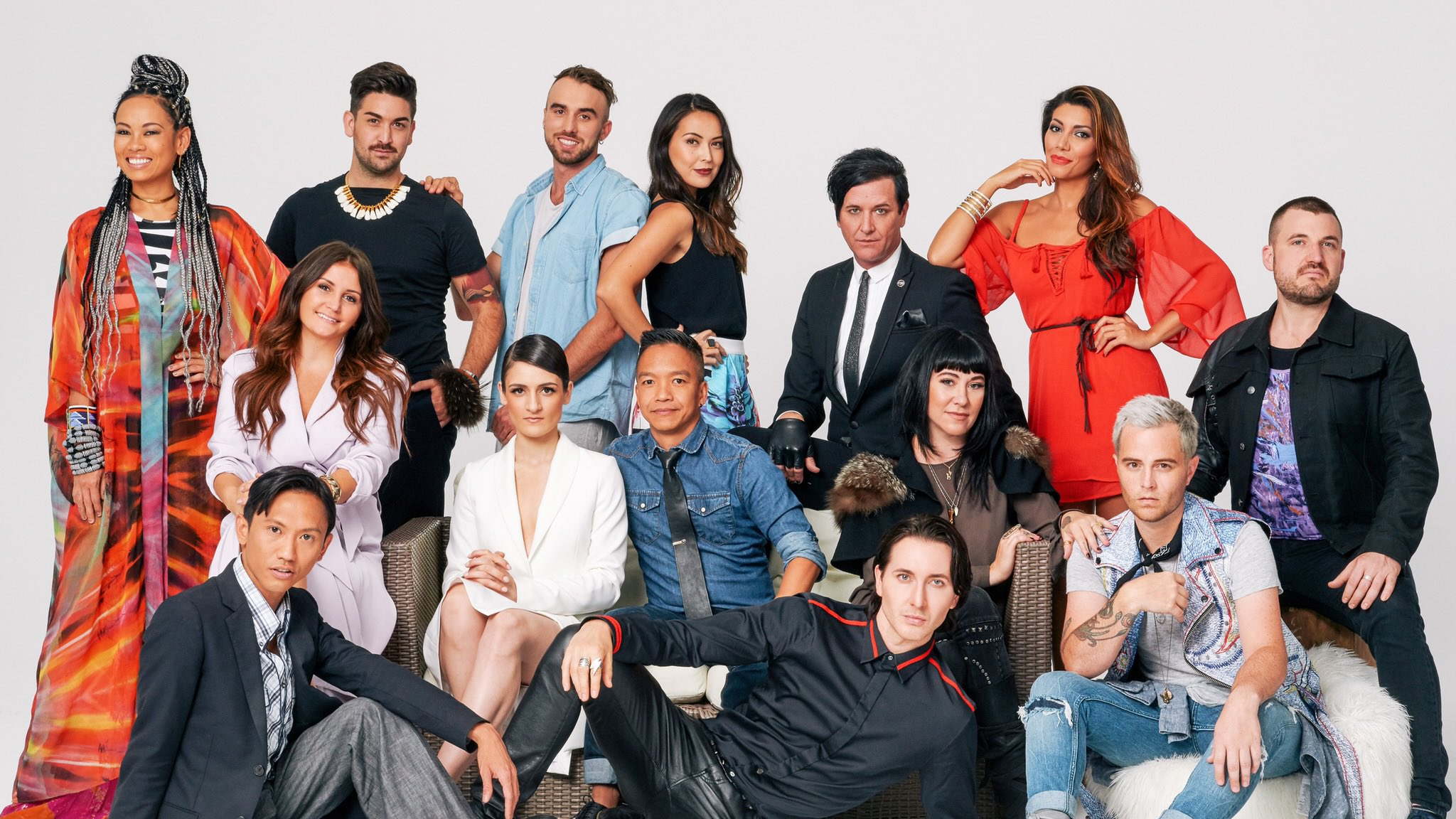 Over the last three weeks, three designers who have been previously represented on the FashioNXT runway are returning back to New York City as Project Runway alumni, where past season winners compete against each other in the most current season of Project Runway All Stars for a grand prize of $100’000.  Michelle Lesniak, an edgy leatherworks designer from Portland, Oregon, had been safe the first two weeks without any formal critique outside the workroom. During week one, she created a contemporary white dress with a green metallic detail over the bust and above the elbow. Although her look was safe that week, her look certainly stood out on the runway regardless.  The beautiful color details she incorporated on top of an otherwise simple white dress was styled beautifully against the model’s darker complexion. 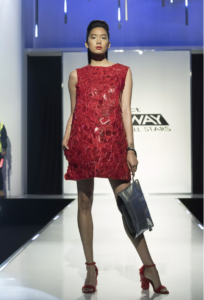 During week two, Michelle had one of the more difficult color arrangements of the group, having to create a graduation dress using a gold and emerald color palette. She was only safe for the week, pulling together a well styled garment especially considering her color constraints.  After two weeks of sliding by a bit under the radar, she wowed the judges in the latest unconventional materials challenge with her innovative use of red reflectors found from airplane parts. The garment looked simply stunning on the runway. The crushed red reflectors attached to the underlying fabric gave a breathtaking mosaic effect that received almost entirely positive comments from the judging panel, their only critique being that the simple silhouette of the dress cut was too risk-averse.  After two weeks of being a “safe” designer, Michelle proved to the judges, to her competitors, and to show viewers that she is a serious force to be noticed in the coming challenges.

Seth Aaron Henderson, another FashioNXT featured designer originally from Vancouver, Washington, has had inconsistent feedback from the judges on Project Runway All Stars.  Seth made it clear week one that his design aesthetic involved risk. In his first runway show of the season, he displayed an edgy black and green plaid fringe dress paired with knee high slouch boots.  However, even more edgy than the dress itself might have been his styling choices for the model, smearing black and blue eye makeup all the way across both of her eyes. The look was fresh and provocative in all the right ways, certainly leaving a statement at the showing. 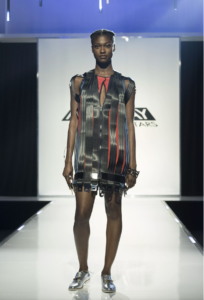 Although being deemed safe during week one without feedback from the judges, Seth’s week two graduation dress was one of the top scoring dresses. Given colors of red and white, he made a two piece dress allowing the front to be tailored while the back drapes like a cape. He incorporated a beautiful white lace that draped over a red wine fabric visible in the back.  It was a very appropriate dress for the client he was tasked to design for, allowing a fresh spring aesthetic that was young and vibrant for a graduation event. After having just been one of the top scored designers the week prior, it came as a shock to everyone to see him go home on Wednesday night. Seth had drawn inspiration for the week’s unconventional materials challenge from airplane seat belts, sewing them vertically along the outside of the dress to give a glossy striping affect.  Unfortunately, the dress received equally harsh criticism from his fellow designers as it did from the judging panel, where they described the garment to be “shapeless and witless,” arguing that the design of the garment made the model appear as a “reluctant dominatrix.” Although Seth was sent home early in the competition, his willingness to create bold fashion risks that caught attention on the runway each week deserve commemoration. There is a lot to be said for designers who refuse to play it safe in the Project Runway competition, so for that, we congratulate him. 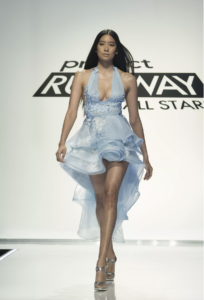 Lastly, Irina Shabayeva, a Project Runway Season 6 winner from Brooklyn, NY, has certainly been a standout contestant and was by far the favorite on Wednesday night.  During week one, we really got a taste for Irina’s gutsy personality when she said she would “kick everyone’s ass.” In her first challenge, she made a standout piece representing her hometown in the Republic of Georgia.  She created an intricate rose petal appliqué garment out of bright red cashmere, giving her work incredible runway appeal. The judges responded well to her first garment, saying it represented an edgy but confident woman.  In her second week of All Stars, Irina was determined to continue a pattern of risk taking in her designs and stay on the top. When given the task of creating a graduation dress of a young woman whose school colors were ice blue and white, she thought she had the challenge in the palm of her hand.  However, her confidence walking into the runway took a sharp turn when the judges put her in the bottom three, critiquing her revealing v-neck halter dress and its short ruffle skirt. She received negative feedback from all four judges, who argued that her garment was far too sexy and controversial for a family-oriented graduation event.  One of the judges even went so far as to say that the dress looked like a “slutty quinceañera.” Fortunately, Irina was not sent home that week. 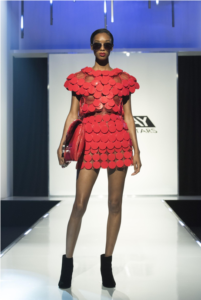 As the third week approached, this was Irina’s challenge to prove herself once again after a less than flattering critique the previous week. In short, she didn’t just pull it off, she nailed this challenge.  Using paper cups she found on the aircraft along with mesh drawstring, she created a chic and contemporary garment that displayed a visually provoking silhouette. The judges awarded her the weekly challenge winner and five-thousand dollars, commenting that her dress looked expensive, current, and innovative. The construction of the garment was executed with precise craftsmanship, allowing for it to be tastefully revealing in an avant-garde fashion.  Irina truly made the challenge her own, executing the kind of transformative garment that makes unconventional material challenges a Project Runway crowd favorite. After a highly successful week for both Michelle and Irina, there is much promise for outstanding work in the weeks to come. 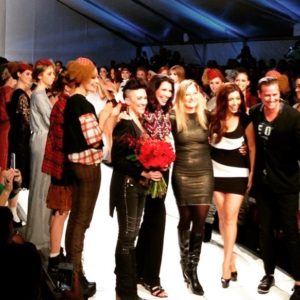