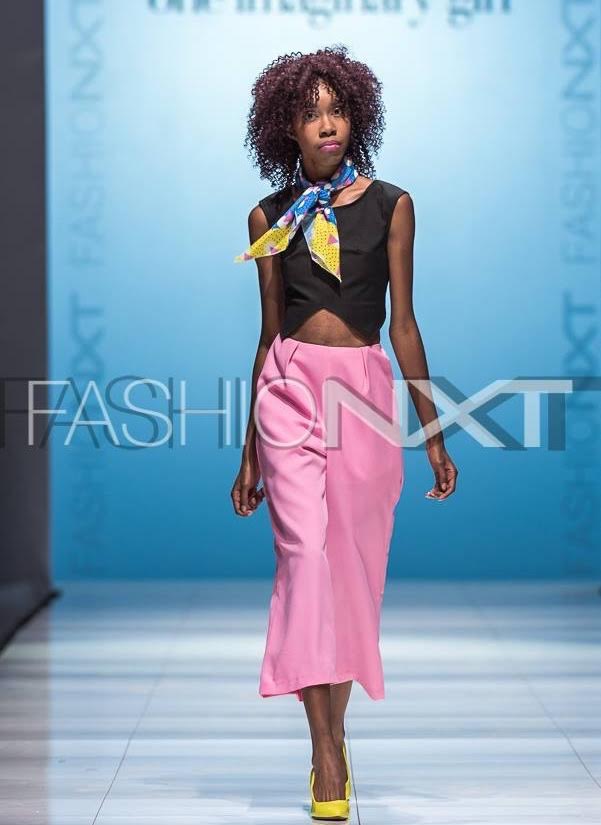 06.10.2016 , Bonnie Knight , Designers, Press Release, UpNXT 0
Share
Last night FashioNXT opened with excitement for emerging talent in Portland and across the US.
Project Runway star Sarah Donforio showcased her Spring 2017 line full of bright colors and prints that made everyone wishing it was summer again.

Wednesday’s highlight was the announcement of the winner of UpNXT Emerging Designers Accelerator MOORE by Andrea Jenkins. MOORE shined with a collection of reversible piece you could take from street wear to a cocktail party.

The winner of UpNXT receives  a prize package including runway show 2017 FashioNXT with a $500 prize to buy fabric for their next collection to be shown at 2017 FashioNXT, business classes provided by Mercy Corps NW and Portland sewing institute, and boutique accounts/trunk show at two prominent local boutiques.

Tonight’s show will start with a panel discussion hosted by Marie Claire tech editor Jenna Blaha, as part of their “Next Big Things in Fashion” conversation series.

The panel will be followed by a runway show highlighting the success of our UpNXT program featuring UpNXT 2014 winner Myriam Marcela, and UpNXT All Stars Shea Wilcox and Mihaela Ciupei. The night will also feature Los Angeles designer Stefanie Houlis, and bridal and couture designers Vien To and Sophie Chang.

The night will also celebrate what’s next in fashion with the winners of the FashioNXT Wearable Technology competition announcement, and Girls Inc of the Pacific Northwest will premiere their first STEM-inspired bag designed by handbag designer Susan Fairchild.