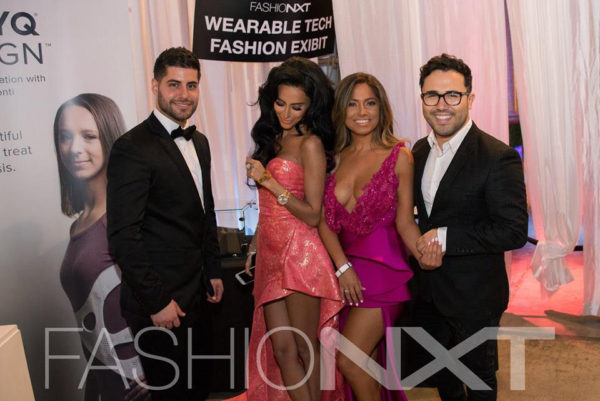 FashioNXT has become synonymous with showing what’s next in fashion, and was the first fashion week to integrate high fashion wearable technology in its week-long runway show series showing world know fashion designers, and product exhibits.

In 2016, FashioNXT formed an exclusive media partnership with Marie Claire Magazine, as the Tech Editor of this media bellwether moderated a “The Next Big Thing” series panel discussion.

The highlight of the week was a curated most fashionable smart-accessories exhibit from WiseWear, Caeden, Q Bracelets, and Helix Cuff, a first of any major fashion week in the world, with Hollywood celebrities in attendance.

2016 marks the third year of FashioNXT’s international wearable tech fashion competition. This competition has gained international acclaim for global participation and industry leading judges from Intel, Google, Nike and more. The Winner of Vision track was Acu Jacket, designed by Ridhi Paliwal, a jacket that administers acupressure to address problems associated with posture and pain. The winner of the Product track was Vorografia designed by Rowan Verbraak, a dance outfit with screen printed E-link to create interactivity with the dancer and stage.